Before I start, I must say that I did not like the adaptation of Twilight at all. Having read the books several times over, some scenes did not come out as I imagined them to be. Yeah, visually – things are great but the story was not what I read, Twilight the movie was another version of Twilight the novel.

I re-read (7th time) the New Moon book before watching the movie and finished it last night so everything is still very clear.  The movie is loyal to the book.. if those who said they read the book but still expected something “smashing” I am sorry you were disappointed. New Moon is full of cheesy lines . The characters are expected to be awkward (except for Jacob) –  Jessica hooks up with Lauren who was anti-Bella, Charlie was dead worried about Bella, Jacob’s dad  about Jacob’s transformation, Alice because she wasn’t allowed to come back…   how else would you portray/show awkward? broken-hearted, nervous, hallucinating? How would you behave when you know that the girl is completely lost to another and you do not even have a slightest chance to have her for yourself? eh?

The flow of the story is good (though not perfect) and the atmosphere is very different from the first film. This one is more “real”,  the saturation toned down a lot more. Although, I would’ve liked to see some atmosphere in the forest when Edward left Bella. Some fog or something to really make that bit memorable. They managed to add some humour which is a great, a welcome surprise. The fight scene is great, I love the way Edward gets tossed around by Felix.

There were slight changes; like Bella’s “kiss me” after the accident and Harry’s heart attack. Also some missing bits like when Alice and Bella took the plane to Italy – that conversation explains a bit somethings or when Alice bribed the police in Italy or their arrival back home – I’ve imagined that arrival from Italy many times and I was disappointed it wasn’t included.  Oh, I was wondering whether they’s include the “bonfire” when the Cullen’s left or Bella’s confrontation with her Dad about Sam or her defense of the pack afterwards. Those were not shown, nor her insistence that her father allow Edward in or Edward telling her about the photos under the floorboard,  and when Jacob remembered Sam’s memory of Bella when he found her in the forest around Edward. They also forgot to mention the Denali, which is important to the fourth movie. Because Laurent formed a bond with one of the Denali vampires and when Laurent was killed that  vamp was left emotionally unwell.

What was often forgotten by some audience is the fact that Bella and Edward are mates – made for each other, one cannot survive without the other.  Like Carlisle  to Esme or Jasper to Alice or James to Victoria.

About the abundance of bare-chested men with rippling muscles. I won’t say I did not like seeing all those muscles… boys you are just jealous!  Boys who complained, don’t watch the next movie… there are a lot more of that in the next movies!

If you were thinking of watching and you’ve read the book, I advise you to re-read the book to remind yourself that this movie is about a broken heart, loyalty and friendship. Nothing romantic at all.

If I were to make a list of things in each book then see below:

When I became a mum. 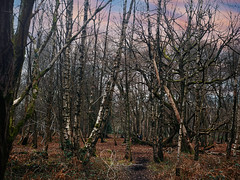 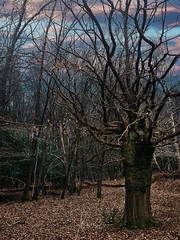