The first bedroom to actually look finished is my son’s bedroom. Initially we planned our colour-scheme and the furniture wish list. Our mood board below was a start, an inspiration. But the reality is always different.

M1 actually loves the folding bed we temporarily gave him. It is bigger than his previous bed and firm. So he managed to convince me to keep it which works well with the current budget.

Below was how his bedroom looked before we changed the wall paper and painted everything white. We got rid of most of the furniture but kept the folding bed which he now uses.

We also kept the built in cupboards and updated the radiator. I haven’t found the fabric for his curtain yet as I am looking for a compromise design and colour scheme. He want’s his room blacked out (no he ain’t a vampire).

At the moment, he loves technology, knights and dragons, soldiers and lego. He is also very interested in robots and he wants to have loads of little robo-minions to do his chores.

Don’t ask me about the Australian flag, I was asked to put it up. I agreed since it gives colour in the room.

The mirrors are stuck to the built in cupboard’s door.
Vain he is… Well, not really. He’s just following orders to check his face before getting out of the house.

And instead of buying that red storage chest (shown in our design board), I gave him the one we already have in my bedroom. This he filled with more toys and soft toys which he still have difficulty letting go.

I forgot, he loves space exploration, medieval castles and dinosaurs. That blue shopping bag is from the loft. It is over 30years old I should frame it!

Since he somehow got over (a bit) of his pirates craze, I went to Greenwich market and got this wonderful drawing of London. I love the colours and all that detail. He is very cute when he was a baby and in these pictures, only 3 days old!

Boys with their toys. I got fed up having to squeeze myself past the hall where their computers were initially set-up. The desk was mine, I bought it from France and since it is a sturdy desk and it’s the right colour, I decided it will do. The shelving space underneath is very useful.

One thing we tried that didn’t work here is the carpet. He doesn’t like it so I gave it to the charity shop .

Most of the furniture here are we already own or came with the house. The bookshelf on which the robot is standing beside his bed and the swivel chair are both from Ikea.

Drawing of London is by Hartwig Braun in Greenwich and framed by Aluminium & Wood Frames in South Woodford.

You can still use it..

Stuck indoors with the kids: a parents survival guide 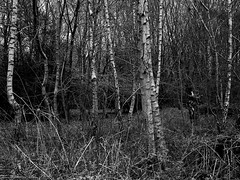 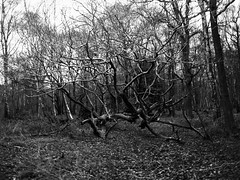